Founder Woody Mills started the fast-casual restaurant in 1980, with the franchise growing to 10 state locations. Though it started in the city, the franchise has found its most successful locations resemble Williston. Woody’s representative  Tra Williams spoke to s group at the end of July about consideration of a location there. He said right now, there is a lot more available financing available than typical. 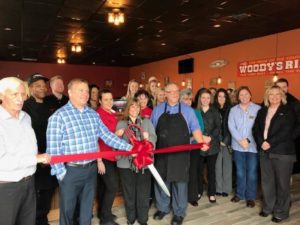 The numbers look favorable; this missing piece is identifying those interested in franchising. Williams and the NCBD will continue reaching out to prospects to discuss the franchise structure and on-boarding process.

Anyone interested in knowing more about owning a franchise can go here, or view the Franchise Disclosure Document.